HRM, by its nature, is most productive in environments that focus on human capital, which is the primary resource of the sports industry. After all, sport is, in essence, the production and consumption of human (sporting) performance and effective management of that resource is paramount in achieving positive outcomes for organizations. Research shows that following good HRM practice can enhance the sporting performance of an organization. 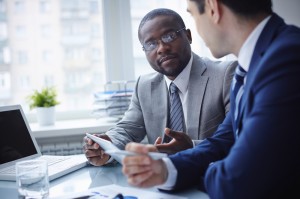 1. Practices such as recruitment, selection and appraisal. These are usually carried out by the coach, often in conjunction with the sports manager or director of athletics, in smaller organizations and schools, respectively.

2. Resource policies that direct the development of human resource practices. While few non-profit sporting organizations would have a dedicated HRM manager, these practices and policies need to be fulfilled for a sporting organization to work as an effective team and maintain a competitive edge. In most organizations, the sports manager or, in the case of schools, the athletic director performs the HRM roles.

These positions have responsibility for a wide range of duties that cover everything from ensuring that a network of coaches, volunteers and athletes can work together, to performing as an intermediary in disputes and overseeing the workings of the organization. It is their duty to see that the policies and philosophies of the organization are put into practice.

3. Philosophies that specify the values of an organizations policies and practices. In the case of schools these are decided in conjunction with several stakeholders, for example, NAPSE, the school board and faculty.

A case study on HRM run by academics (Dr. Marlene A. Dixon from University of Texas, Dr. Raymond A. Noe and Dr. Donna L. Pastore both from The Ohio State University) was conducted to assess the relationship of HRM systems on the effectiveness of non-profit sports organizations. The study found a relationship between effective HRM practices and competitive advantages for sports organizations.

Framework of the Study

Human capital theory states that four conditions must be met for HRM systems to deliver a competitive advantage:

1. Human resources must add value to production process. This is self-evident in the instance of sport, as human performance is the product.

2. The skills the organization desires from its human resources must be rare. Sports organizations are built on the special talents of their coaches and athletes and all organizations seek to recruit and retain the best talent they can find.

3. Human capital investments must be managed in a way that cannot be easily imitated by competitors.

In the case of NCCA Division I at Penn State University, a study found that it was not just the athletes, who left every four years, that gave Penn State its competitive edge, but more importantly the investments (financial and human) made in the wider departmental staff, including coaches, sport managers, media personnel and administration employees.

Methods used in the study.

The case study used survey techniques to sample 405 Division III schools in the National Collegiate Athletic Organization (NCAA) involving approximately 136,000 athletes. Division III was chosen because it is the largest Division, therefore covering a wider range of institutions, both in their sports missions and academically, than Division I. Also, the resource structure of Division III more closely mirrors that of other non-profit sports organizations, such as high schools and community sports clubs, so the findings have wider implications than if the study was limited to Division I.

The performance indicator used in the study was defined by the number of points earned in the Sears Directors’ Cup final rankings. A school must reach their sport’s national tournament to score points in Sears Cup Standings. Schools that that earned 300 or more points were considered high performers, 50-299 points were middle performers and 0-49 low.

Athletic directors, as the people responsible for HRM in schools, were asked to fill out a survey that directly related to practice of HRM, not policy. They were also asked to assess the level of importance of the Sears Cup as a goal for their school. All 47% of those who responded to the letter identified it as an important goal. They were also provided with an index used to calculate the level of HRM sophistication in their departments.

Results of the Case Study

However, the addition of new practices may only enhance performance up to a certain point, perhaps due to the costs involved in implementation. Also sports organizations have diverse goals, winning championships, student health and well-being and extracurricular programs, so the HRM needed to support these goals and policies needs to be more diversified than many for-profit organizations. Moreover, there is varying level of availability and awareness of HRM resources in the non-profit sports organizations. All of these factors will affect the implementation of HRM in these organizations.

It is undeniable, and this study supports this, that people are an invaluable resource to any organization, but even more so in sporting organizations. Organizations that support and develop their human capital by using HRM practices and policies will undoubtedly have a greater potential to enhance performance and develop a winning edge over their competitors.